The flagship AT&T Store at 1 Powell In San Francisco hosts many different installations and activities for visitors. They previously has a Game of Thrones installation, and some other one with treadmills. In celebration of Fantastic Beasts: The Crimes of Grindelwald they opened a Wizarding World of Paris installation with movie props and costumes, photo ops, interactive screens activated by your phone’s flashlight and a VR experience. Fans were also able to pick up movie posters from the store, they had since ended the promotion in November. But the rest of the installation is open until January 10th, 2019.

Is this something you have to go out of your way to the city for? No, not really. Only if you happen to be in the area, it’s something free to look at, and if you like the Potterverse, it is really interesting! I went on a weekday and there was no line, no crowd, I was able to go in undisturbed by other customers. I took photos, but it’s not like I have an Instagram boyfriend to take pictures of my sunset heart hands. Not that I want dumb photos of me posing against a background! But there are plenty of cool photo op backgrounds to do Jude-Law-as-Dumbeldore heart hands. I think the movie props are interesting enough by themselves, but that’s just me.

The location is right on Powell and Market at the cable car turnaround, steps from the BART station so it’s really easy to get to! 1 Powell was the Forever 21 store, and before that it was Bank of America and way before that, The Bank of Italy headquarters. Honestly, the historical space is way too grand for a phone store. No wonder they have to fill it up with installations and gimmicks. Just to get people in the store so it’s worthwhile! Even when it was Forever 21, I thought the space was too good for a lower end clothing store. The bank made sense, no matter how boring, it was built as a bank in 1908.

Does anyone else watch the Super Carlin Brothers for their Harry Potter videos? I love to watch their theories and speculation! Really great content if you’re into the Potterverse and aren’t afraid to think about the story and where it may be headed. (Some people are terrified of spoilers when it’s pure speculation, don’t be! Let yourself think about the theories and come up with your own ideas!) ANNNDDD that’s why I’m a Ravenclaw.

So this is photo heavy, hopefully you have actually been reading to allow them pictures to load. If you’re in the area, and love Fantastic Beasts/The Potterverse, you might as well swing by and take a look! Interact with the screens, take a look at the costume Johnny Depp wore, say hello to the Niffler, try to transform Newt’s boggart… 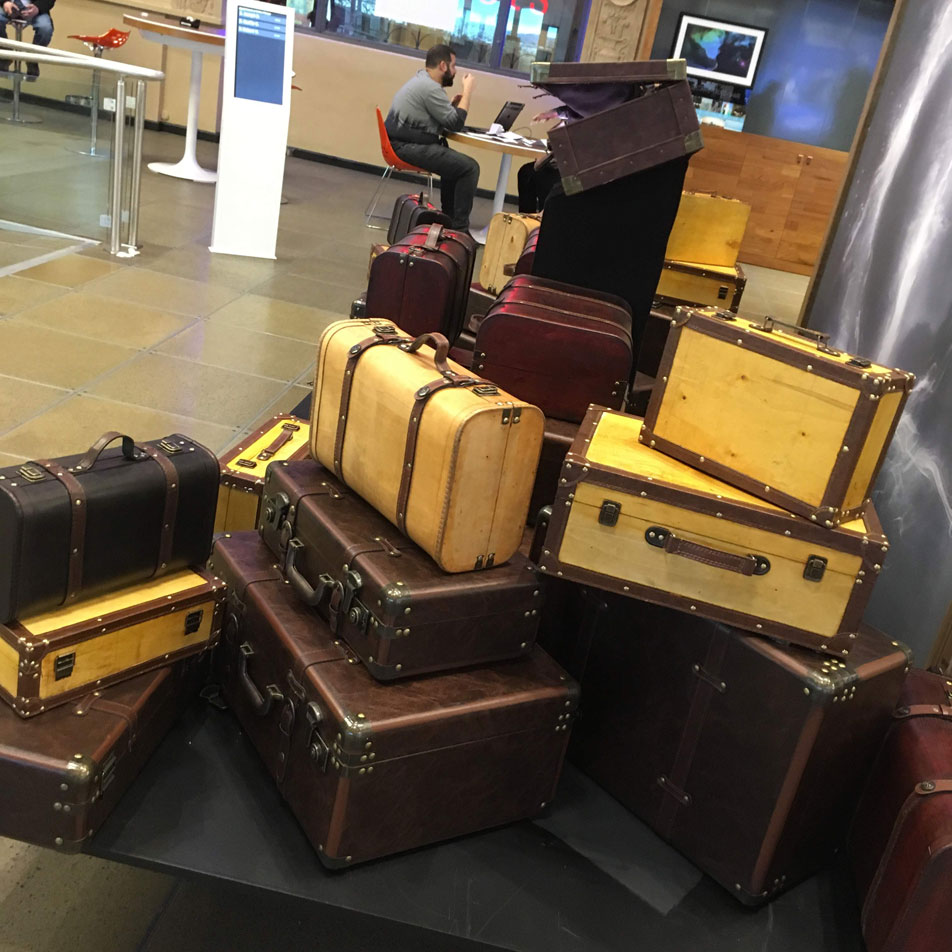 If you’re in Union Square, during Christmas time, they have food trucks at Winter Walk on Stockton (right next to Macy’s.)

The wall I used for the featured image reminds me of Howgarts in the Harry Potter and The Forbidden Journey ride at Universal Studios: Hollywood. I am also being reminded how how motion sick I get from that ride. I do like the inside of Hogwarts though, sometimes I’m okay with the line being long when it’s inside.

Disclaimer: Wow, can you imagine someone paying me money at all? Yeah, I can’t either.
This post was not sponsored by AT&T, Fantastic Beasts, Pottermore or JK Rowling herself. I went to this free exhibit by myself and decided to post my photos on my own.